DanBred’s revised breeding goals will ensure profits are maximised for Elite Sires customers, says Managing Director Alan Shepherd.DanBred’s breeding goals were revised 2018 for the next three years to ensures that the genetic gain in Duroc, Landrace and Large White reflects the future needs of pig production. 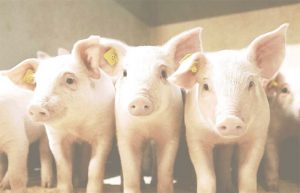 This will help maximise profit and create a high return on investment in production herds using DanBred genetics supplied by Elite Sires in Ireland.

DanBred has reported that updating the breeding goals – which is carried out every three years approximately – ensures increased overall genetic gain in future via greater focus on finishers’ traits.

In 2018, the Danish pig genetics leaders reported the new economical weighting of traits and launched a new maternal trait: ’Maternal early gain’, in the breeding goals of Landrace and Large White. The addition of the new maternal trait is designed to impact on the growth of piglets.

There has been international recognition for ‘Maternal early gain’. It paves the way for genetic gain in a sow’s heredity ability for increasing the daily gain of her own piglets.

Our partners explain that the simulations included the new economic weights as well as the traits’ heritabilities and genetic correlations. The simulations confirmed each individual trait’s contribution to the total expected genetic gain (these are illustrated in the DanBred breeding goal pie charts).

Helle Palmø  explains: “We base all decisions on research and development, where the calculation of economical weighting and simulation of genetic gain are just two examples. At the end of the year, we calculate the realised genetic gain – both in each individual trait and overall.”

He adds that the previous high genetic gain for LP5, has resulted in the trait now being weighted less, with expected breeding gain lower. This in turn allows for higher expected genetic gain for finishers’ traits, Helle Palmø explains.